Does Lisa Have ADHD?

But, in more recent years, I have thought: Maybe I do have ADHD?

When I would organize women in the Cincinnati area, many would start their appointments by telling me that they had or thought they had ADHD. My kids received their ADHD diagnoses when they were children and attended Springer School and Center for many years. I was a teacher and I saw many kids receive their ADHD diagnosis and the support put in place for them.

In this episode, I fill you in on my journey of learning about ADHD and then coming to the point of deciding to find out if I actually have ADHD... or not.

Many things came together recently for me to reach this point personally. I have done some biohacking with my Oura Ring and Apple Watch. I began a partnership and series of webinars with ADHD Online and learned more about their services.

But, it was my recent meeting with Barbara Hunter that pushed me over the edge. She was at Springer School and Center for over 20 years. I took any class they offered as my kids were students there. They often bring in top-notch experts in conjunction with Cincinnati Children's Hospital. Barbara is now doing executive function coaching through her company Integrated Learning Designs. In this meeting, we were discussing how there are many resources for students and employees with ADHD, but no one is really addressing how ADHD affects your home life.

So, then, I pondered out loud whether I actually have ADHD or not. Do I really want to know? What would it change if I knew? I wouldn't medicate for ADHD at this point in my life if I have a diagnosis because I have skills and systems already in place to make my life run smoothly. What would knowing that I have or do not have ADHD do for me? What I really want to know is my level of executive functioning and how to optimize that, whether I have ADHD or not!

Barbara tells me there's a test for that! It's called The BRIEF-A. I was in! Just in our casual conversation, Barbara saw signs in me that pointed towards an ADHD diagnosis. And I saw more signs. I always had a floating "C" in school, I'm a talker, I interrupt people, I'm a busybody who doesn't vacation well, and I can't sit to watch TV without a puzzle to work on or laundry to fold. So, I made arrangements to take the test with Barbara.

Before that, still unsure of if I really wanted to know the answer, I decided with some trepidation and some encouragement from Joey to first take the test from ADHD Online to see what they had to say.

The results? According to ADHD Online and their assessment, I have ADHD.

Next week, I talk about my results from The BRIEF-A and my meeting with Barbara Hunter. What does Barbara have to say about my executive functioning based on The BRIEF-A?

Resources Mentioned in This Episode 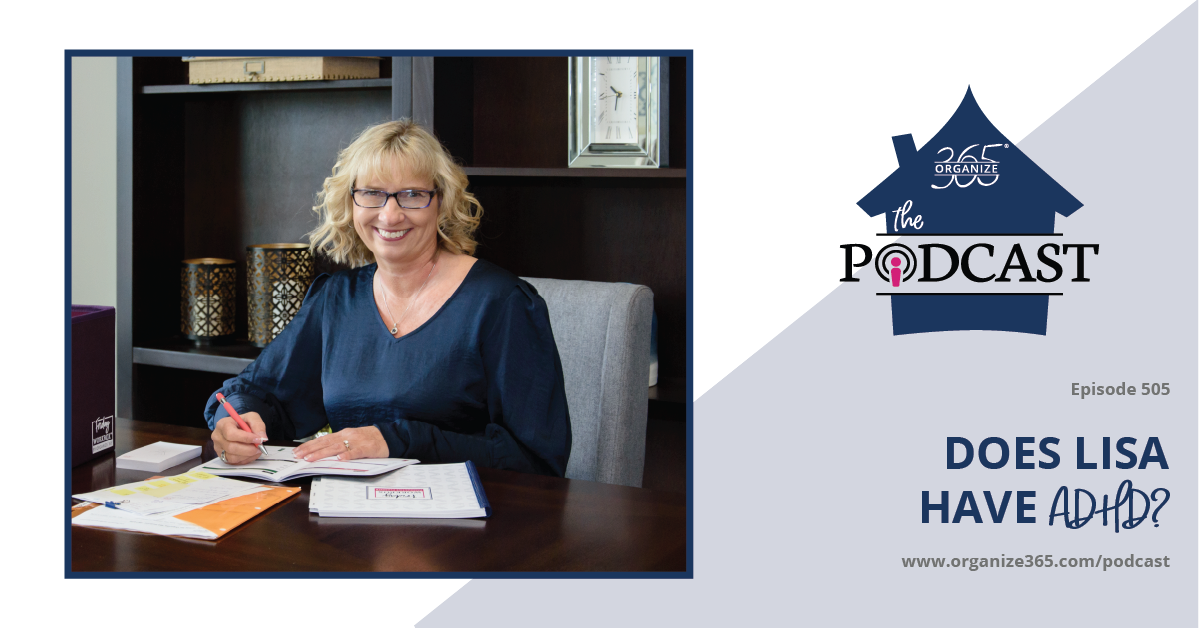