When I started Organize 365 in 2012, I had a grand vision for what the company could be. It’s taken me a long time to get to my vision, but I feel that my core message and values are really starting to come through.

That is what is setting Organize 365 apart from the rest. I want women to know that when it comes to organization, done is better than perfect, and I value progress over perfection. You don’t have to get rid of everything, and my systems are functional rather than Pinterest perfect.

Whether you’ve been listening from the start, or you just found the Organize 365 Podcast, you’ve heard how I’ve transitioned from being a blog with an ebook to a 10-person corporation with products and live events. It’s working! And it’s so exciting.

If you already are or want to become a professional organizer, you’ve been listening to figure out how I’ve done this business thing so that you can do it, too. Today, I’m going to talk about two resources we have just for that purpose: ProfessionalOrganizersThinkTank.com and SundayBasketCertification.com.

Today, we’re going to follow “Angela,” who is a conglomeration of sorts. She’s me, starting and scaling my own professional organizing business, and she’s the women who have joined me in the Sunday Basket Certification Program.

Angela had been organizing people’s homes here and there as a side business, but she never really got it off the ground. She’d had a few clients, but didn’t charge enough, and didn’t know where to start in determining her rates. She realizes that if she is going to do this professionally, she needs more training and community.

Angela finds the Professional Organizer’s Think Tank Facebook Group where she asks her core questions (What should I charge? Should I offer packages? How do you get clients?) and gets some feedback from other professional organizers. She feels a renewed energy and is ready to make this a business.

Angela decides she needs a roadmap with support. She decides to partner her business with Organize 365 and become a Certified Sunday Basket Workshop Organizer.

Upon reading the requirements for the program, she realizes she needs a few things in order to get started:

Angela doesn’t have an LLC or an EIN, and doesn’t have any idea where to start. But Organize 365 does! In fact, there’s a program called START that will help her build her business from the ground up.

Angela downloads the free checklist of 36 things she needs for her business. She goes through and decides that some of these things she could do herself. But the others? The others are so overwhelming to her. If she joined the START program for $1997, she could start on August 28th and be completely done with the entire checklist by October 2nd. After a supportive conversation with her husband, she decides to make the investment in herself and her business.

Angela doesn’t need more organization skills and neither do you. You and Angela both need business skills!

Angela dives in. She starts listening to the Professional Organizer’s Think Tank Podcast (coming July 31st!), attends the coaching calls offered by Lisa and Emily, and reaches out to her community of friends and colleagues in the START Program.

Listen to the rest of the episode for specific details of each of Angela’s roadblocks and struggles, and how she overcame them to build a profitable, productive business with Organize 365. The START Program helped her map out exactly how to do it, and by the end of the sixth month, she’s ready to scale her business using the GROW Program, also offered by the Professional Organizer’s Think Tank. More on that in October when we launch the GROW program!

If you are interested in partnering with Organize 365, visit ProfessionalOrganizersThinkTank.com and SundayBasketCertification.com.

If you tried any of my suggestions, I’d love to see them! Follow me on Instagram and join the Facebook Group for more great organizing tips, then share your photos with me by tagging me @organize365 or using #organize365! 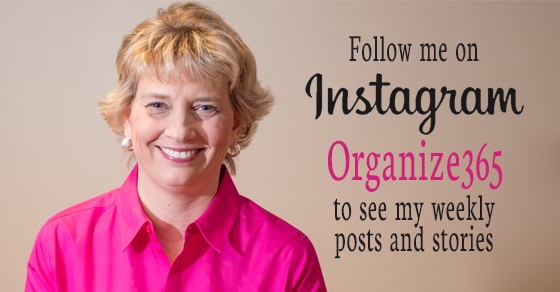 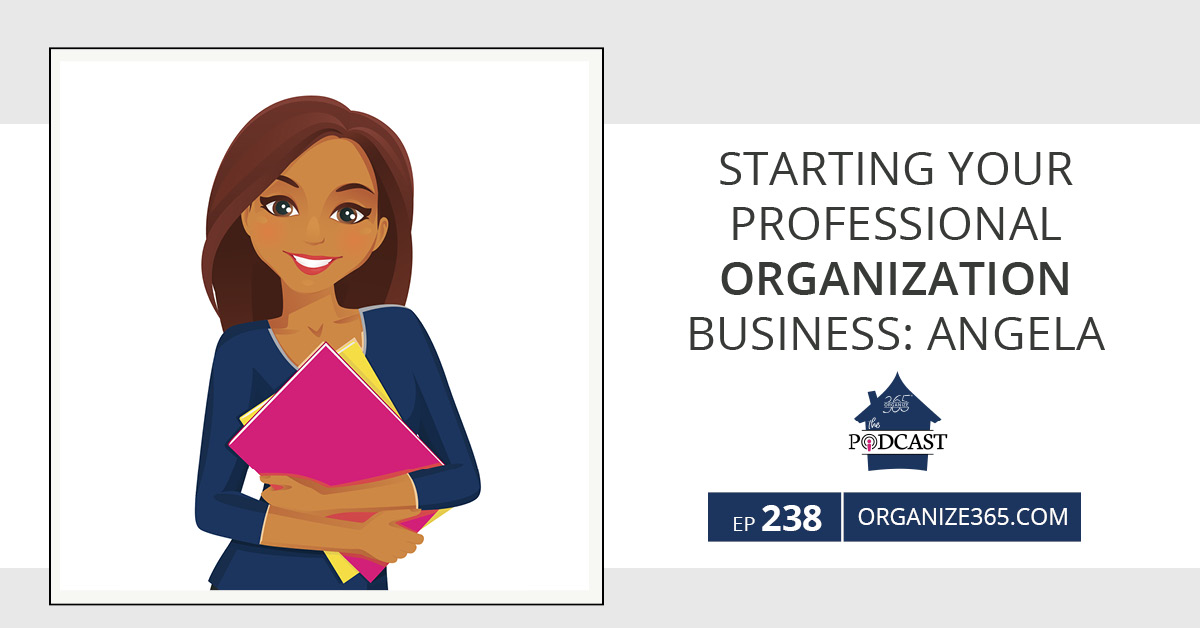