Do you have a big project looming over your head?

Maybe you’ve been procrastinating on it for a while and now you’re ready to get things in order. Or, maybe you woke up this morning with an amazing idea to start a big project in your home or office.

Whatever the case, I’m here to help.

Here’s a little-known fact about me – I love projects. The bigger the project, the better. I love everything about big projects from the planning stage right through to completion.

So in this episode of the podcast (and blog post), I’m going to reveal how I tackle really big projects in hopes that it might help or inspire you to organize a big project of your own.

Are you ready to tackle the organizing equivalent of Mount Everest?

The Basement to Bedroom Project

It all began with a basement…

You see, we have this huge basement in our home that nobody really likes. The kids hate it because it’s out of the way, a little lackluster, and is known to house more than a few bugs.

We tend to keep things like old furniture and supplies down there. It’s one of those rooms in our house that doesn’t see much action. However, it’s always had the potential to be so much more than a spare junk room.

Enter my daughter, Abby. Abby is turning 18 soon and will be starting her final year of high school after the summer. She has outgrown her bedroom and we’ve talked about the idea of her moving down to the basement for some time. She could use the extra space.

Did you know she has a pet ferret living in her bedroom with her? Yeah, those things need a big cage and they take up a lot of room. So, we decided she could move to the basement and have the space she needs for her and Willow (the ferret).

Plus, it worked out pretty well for me because I’ve been working from a home office in my bedroom for years and I knew Abby’s old bedroom would make a great office. So, it’s a win-win situation for both of us.

The only problem is that moving Abby’s bedroom to the basement is a mammoth task. One thing to remember about doing a big project in your house is that it doesn’t just affect one person. One room is like an octopus with tentacles that trickle out to other areas of the house and, before you know it, you’ve got the entire house involved.

To make the process go as smoothly as possible, I needed a plan. And before I knew it, project basement was underway!

Before I start any big project like switching rooms, I make a list of what is working and what’s not working. I literally grab a notebook and pen and write these things down in two different columns. It helps to organize my thoughts.

But, since the basement was going to become Abby’s new bedroom, the task of making the list fell on her shoulders. I helped, of course, but the main things were decided by her.

A few of the things she didn’t like about the basement included the color of the bathroom walls, the wallpaper in the main room, and some old furniture. What she did like included a closet that made a perfect vanity for her new bedroom.

One of the biggest issues with the basement was the fact that there was no electric for lighting. So, that was one of the things we needed to address early on.

I always say that the best thing you can do to make sure your project a success is to plan and talk about it in advance. If you’re tackling a big project, break it down into smaller pieces that you can do one at a time. This will make the entire process go a lot smoother.

When the planning phase was done and we knew what we wanted to change and what could stay the same, it was time to sort out a budget. Obviously, we’re not rolling around in an unlimited supply of dollars in our household. So, a budget was necessary to make sure we didn’t overspend.

Once I start working on a new project, I turn into an organizing machine. If I can, I will work for as long as humanly possible to get the job done. That’s just the way I am. But it might take you longer or even less time to finish a big job like this.

It’s important to know that when you start a project, you’re not just creating a financial budget. You’re also creating a time budget, too. After all, the time spent completing your big project has to come from somewhere, so you’ve got to factor this in and make sure you’ve set aside enough time for the project.

If you’re curious, I recorded a mini video series over on Instagram detailing the entire basement project. Just click on the highlights reel where I’ve added some short videos about how we converted the basement into Abby’s new bedroom.

I got to work on Day One by decluttering the basement. This meant getting rid of the furniture and taking a trip to Home Depot, where I got some bins and shelving units.

On Day Two, I put on my grubby clothes and cleaned out the storage room. Then, I hung a closet rod in Abby’s new bedroom and removed the old wallpaper she didn’t like. When that was done, I grabbed a paintbrush and painted the main bedroom.

Day Three was prep day. I spent most of it preparing to move Abby’s furniture and items from her bedroom to the basement. On Day Four, I moved things down such as her TV, ferret supplies for Willow, and furniture. I also spent some time reassembling her bed in the basement and finished off by vacuuming her old bedroom.

After Day Four, the main decorating was carried out by Abby. She bought some things for her new bedroom and made the most of the natural light. It soon became her mini apartment, which she adores!

The Bedroom to Home Office Project

When Abby was settled into her new bedroom in the basement, it was time for me to transform her old room into my new home office.

The process was quite slow because I didn’t want to rush it. I started by cleaning the room and touching up the paint in places that needed it the most. I didn’t choose to paint it a different color because I liked the color that Abby had used.

Next, it was a simple case of moving my office supplies and desk into the room. It’s not completely finished yet, but it'll be my new dream office by the end of the summer.

We’ve got some other big projects coming up on the horizon including re-decorating our primary bedroom and bathroom. There’s quite a lot to be done and so that whole process will be my main focus very soon. I already have a good idea and vision for how I want it to look, it’s just a case of getting to work to make it happen! 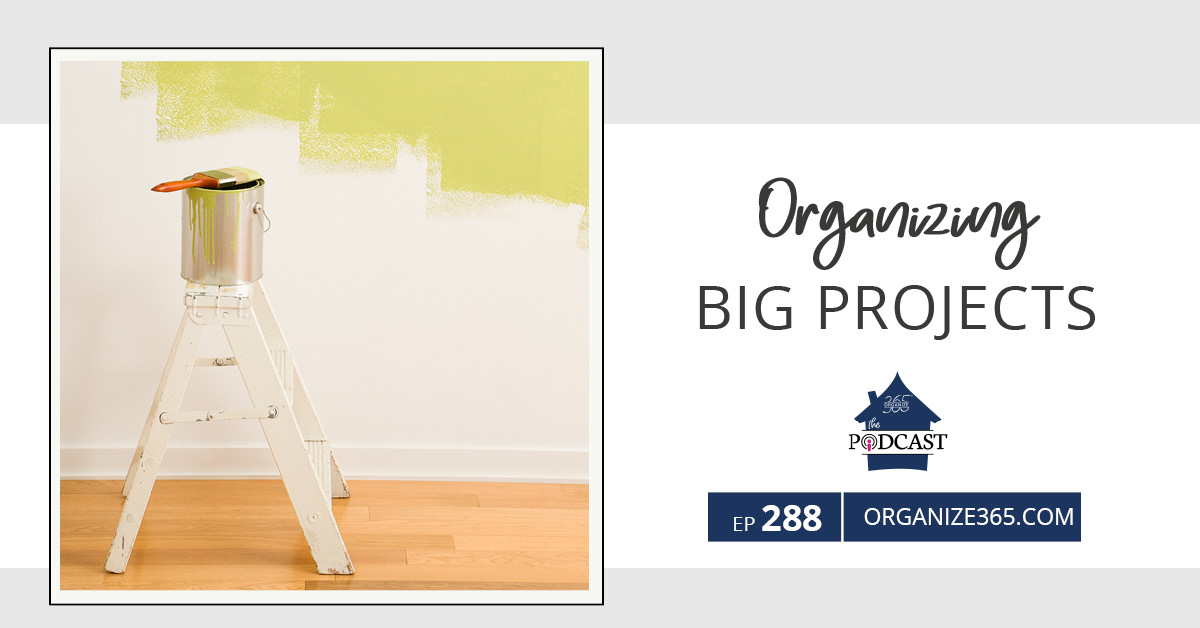